HomeNews612 Solar Panels On The Roof Of City Owned Building In Lindsay...
News

612 Solar Panels On The Roof Of City Owned Building In Lindsay Saves Approximately $5,500 In Hydro Costs Per year

KAWARTHA LAKE-Driving by the Kawartha Lakes Haliburton Housing Corporation building at 68 Lindsay Street North in Lindsay you probably have noticed the roof is covered in solar panels. 612 solar panels to be exact along with 13 panels mounted on light standards located around the parking area.

“Kawartha Lakes generates power from the solar panels and returns that power to the provincial grid under terms of a Distribution Connect Agreement with Hydro One. Kawartha Lakes’ annual hydro consumption costs are offset by about $5,540.00 a year.” explains Craig Shanks, Director of Community Services, City of Kawartha Lakes.

The exact amount for any year will be affected by a number of factors, including: hours of panels exposure to sunshine and the calculation of generation credits per month as governed by the agreement according to the City. 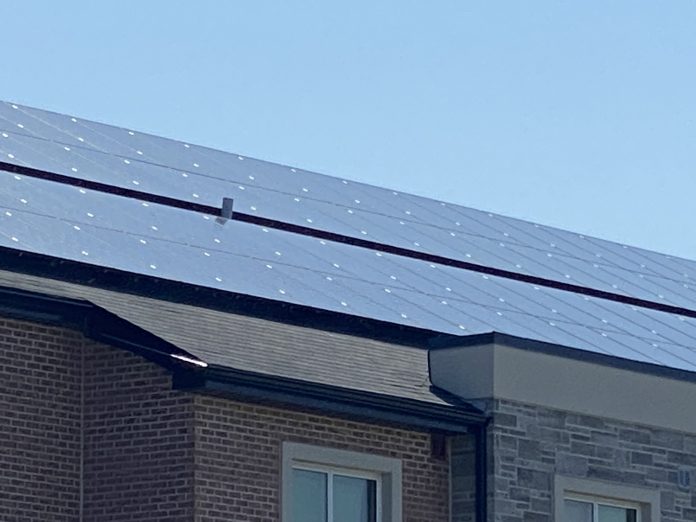 The average lifespan of a solar panel is 25-30 years according to manufacturers.

The panels generate an estimated 46,579Kw hrs of electricity per year. Officials estimate that hydro costs are offset by about $5,540.00 per year.

It’s unclear exactly how much the total project cost but the City’s expenditure for the design, manufacture and installation of the solar power system was $515,280. It would take approximately 93 years to recoup those funds. The City did not release the total cost including any provincial or federal funding.