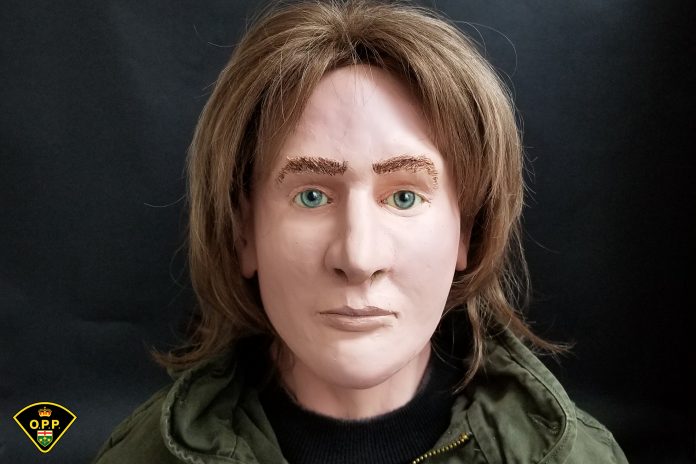 The Ontario Provincial Police say they received 36 fresh tips in response to a recent public appeal to identify male human remains first recovered in Algonquin Park back in 1980.

Several photos and video of a three-dimensional clay facial reconstruction created by the OPP Forensic Artist were released to the media and on a number of social media platforms on July 26th. To date, the OPP missing persons’ hotline has received 36 fresh tips from the public and the total number of impressions or times the content was displayed on Facebook, Twitter and Instagram, including English and French content, was 62,904. Videos posted to OPP Facebook, Twitter and YouTube channels in both English and French were viewed a total of 12,273 times.

“The results of our efforts to combine forensic sciences, new technology and professional artistry with innovative use of social media are simply amazing and really gratifying. We remain positive that we can provide resolution to this unidentified person’s family or friends even after all these years.” said Ontario Provincial Police Commissioner J.V.N. (Vince) HAWKES.

On April 19, 1980, a hiker using the Hardwood Lookout Trail near Whitney, Ontario discovered human remains. The hiker told police he had taken a shortcut off the trail and found the remains approximately 77 metres from trail marker number five. A subsequent search of the immediate area located a size 11, Greb-brand boot, a wallet containing no identification, clothing, a black sleeping bag, a camp stove and an aluminum cooking pot. In 1995, another search of the area resulted in more remains being recovered. Forensic anthropological analysis suggests that the individual was a Caucasian male, aged 18 to 29 years. He had blonde hair varying in length from six to 11 inches, which may have been worn tied back in a ponytail. His belt showed wear at the 32-inch hole. The cause of death is not known. But information recovered from the scene and a stamp found in the wallet led analysts to determine that his death occurred between July 1, 1971 and Spring of 1978.

Police say members of the OPP Criminal Investigation Branch and Missing Persons and Unidentified Bodies Unit (MPUB) continue to follow-up on all information provided and they want to thank all members of the public who have called or provided information via e-mail.